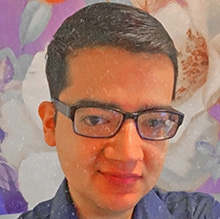 Glen Salazar, Administrative Assistant III, first joined the SRJC community as a student, earning an AA in Humanities. He was awarded the 2007 Henry Cardinaux Memorial Scholarship and spent a semester abroad, studying at the American Institute for Foreign Study in Paris, France. Upon his return, Glen earned a BA in French from U.C. Berkeley. He joined SRJC as a staff member in 2014, most recently serving as a Student Success Technician at Southwest Center. Glen speaks six languages and conducted weekly orientations in five of those languages, and utilized translation software to communicate with students whose languages he did not speak. In 2020, Glen received an  MA in International Studies from the University of San Francisco; a commercial drone certificate through SRJC; and an Intro to Data Ethics Certificate from the University of San Francisco Data Institute. Glen is highly proficient in communications and technology, and an integral part of the Capital Projects Team.